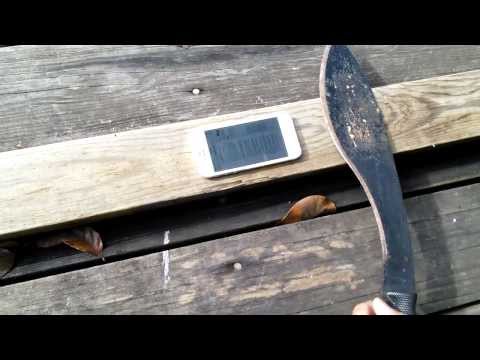 I know this is frequently posted, but I'm incensed at how absurdly slow reindexing becomes. There's got to be something wrong with the sync mechanism.
I was 100% synced a week ago on my MacBook Pro. Latest version of the client (v0.17.0.1). I rsync'd the whole bitcoin dir (blocks, chainstate, index, etc) to another disk, ran a node on another machine using that copy for a couple of hours, then I stopped the node and rsync'd back to the Mac.
Bitcoin-qt did not like the updated blockchain. The other machine didn't like its blockchain either. Oh well, I thought, maybe it didn't shutdown properly and borked the last block. I'll let it reindex, in a few minutes it'll be grand.
But no. Bitcoin-qt decided that it was time to start over from scratch, ignoring the flawless 99.999% of data on disk. Yay.
That was 10 days ago. At one point several days ago it was about 3 hours from finishing, with a progress of around 19% per hour. A day later progress was at 0.25%. This can't be right, I thought, maybe there's a bug, a memory leak or something. I'll shut it down and restart it. Of course it's going to restart from where it left, right? Right?
No. It started from 0% again.
Several days later, it's at 0.14% and predicting it'll finish sometime next week. CPU is 96% idle, RAM is at 25%, bandwidth is 120 Mb/s and the disk is used by bitcoin-qt and nothing else. It's the only thing running on this Mac and has been for the past two weeks. NOTHING is different between 19% and 0.14% in terms of bandwidth, CPU, RAM, or disk I/O. This very machine, under the exact same conditions, was able to process 19% of the blockchain in one hour.
In the meantime, I can't move my BTC because my wallet, which has all the blocks including the ones containing the transactions with my BTC in them, doesn't believe the blocks are there.
Bitcoin-qt is broken in more ways than one. First, something is causing this absurd variation in performance. Second, it's not saving state, which is particularly painful when it takes ages to get to the end to the blockchain. Is state only kept in RAM? I've seen other threads suggesting a change in the config (dbcache seems to be the main one), but I can't just change the setting without restarting, and restarting is not an option because I'll lose everything again.
Sorry, this is extremely frustrating. I'm thinking of extracting the private key and abandoning the idea of running my own wallet. It's unusable.

This release is optional but recommended. The latest mandatory upgrade is v3.0.5.1, but if you have any problems with earlier versions the latest version is recommended.
If you are running an older version, gracefully shut it down. Wait until it has completely shut down (which might take a few minutes for older versions), then run the installer (on Windows) or just copy over /Applications/PIVX-Qt (on Mac) or pivxd/pivx-qt (on Linux).
There are no special steps needed like config file changes but a backup is always a good idea.
A note from presstab in case it gets buried in the comments
Command line install and upgrade guide

(but you should still read the release notes on Github)

There have been cases of blockchain database corruption that can occur when PIVX client is not closed gracefully. The most common cases of corruption have been identified and the wallet will now automatically fix most of these corruptions. Certain corruption states are still unable to be fixed, but now provide more detailed error messages to the user as well as prompting the user to reindex their database.

Some error messages in the wallet have been too vague and done little to help developers and the support team properly identify issues. Error messages have been refined and are now more specific.

Many 3rd party services have reported that their debug logs have been overloaded with messages about unknown transaction types. This log spam has been fixed.

Many areas of the block validation code use a "slow" transaction search, which searches redundantly for transactions. This "slow" search has been removed upstream in Bitcoin and is now removed in PIVX. This provides a more efficient syncing process and generally better performing wallet.

Many wallets were having trouble getting past block 908000. This block recalculates certain aspects of the money supply and zPIV transactions, and is known to take longer to sync. Code has been added to allow block 908000 to be validated without the user needing to enter any special commands into the debug console.

Testnet is now accessible with this release of the wallet. Testnet can be accessed using the -testnet startup flag.

zPIV that were minted between block 891730 and 895400 were experiencing an error initializing the accumulator witness data correctly, causing an inability to spend those mints. This has been fixed.

Thanks to everyone who directly contributed to this release:
As well as everyone that helped translating on Transifex.

I'm spinning up a Bitcoin ABC node on a mac at home. I've noticed that when I have the app foregrounded it seems to download blocks at what I'd consider a reasonable rate. If it had carried on at the rate at which it was initially downloading it would have completed in something like 3 days.
But when I leave the computer and return a while later it has often ground to a halt. I thought at first the system was sleeping so I disabled that entirely but it is still happening.
It's been a week now and I'm only at 76%. I'm looking at it as I'm typing this and it's humming away estimating only 13 hours to go but experience says when I get home from work tomorrow evening it still won't be done.
What could be causing it to slow down? Is this a known issue with the Bitcoin-QT client? I can't imagine it's ABC- or BCH-related because I'm still pulling blocks from Jan 2017 so it's the same data the core client would be seeing at this point.

Original post is here
Monero Missives
September 15th, 2014
Hello, and welcome to our twelfth Monero Missive! This is our first Missive after a bit of a break whilst we thwarted two related blockchain attacks. Nonetheless, we have not sat by idly, we have been finalising and completing a brand new aspect of Monero designed to protect your privacy now and in the future: the Monero Research Lab
Major Updates
Dev Diary
Core: because of all of the rapid changes that we had to merge into master to deal with the aftermath of the block 202612 attack, we have to bring the development branch in sync. At this stage the development branch should not be considered usable until the rebase is complete.
Build: the big change is FreeBSD compatibility, as mentioned above. A more subtle change is that the build will now first look for miniupnpc on the local system, and use that if found. If it fails to find miniupnpc it will fall back to the local copy.
Build: there is a new Makefile target, release-static, that builds statically linked binaries for redistribution. At this stage it forces 64-bit builds, once we have the embedded database working cleanly we can remove this.
Wallet: per-kb fees are nearly complete, and will be deployed to testnet within the next week or so. Once some thorough testing has been done on testnet we can merge this into master, and transaction fees can return to "normal".
Blockchain: this took a bit of a backseat with the blockchain attacks. Now that things are back to some semblance of normality, the first implementation can be written. We have chosen LMDB for the initial implementation, as this will allow us to rapidly write a Berkeley DB interface based off of it (they use similar APIs) and thus have a baseline for performance comparisons.
Core: all non-critical "errors" and warnings have been moved to log-level 1. As a developer, you may find it useful to run log-level 1 or 2 as your default.
Until next week!

Start bitcoin-qt (on OS X 10.12.3) using a custom data directory; Expected behaviour. The QT UI should appear. Actual behaviour . I get stuck with the splash screen and never see the QT UI. Screenshots. If the issue is related to the GUI, screenshots can be added to this issue via drag & drop. What version of bitcoin-core are you using? Official binary 0.14.0. Machine specs: OS: Mac OS 10.12.3 ... It seems corruption occurs after the Bitcoin-Qt client is shut down and restarted. Reports indicate that corruption occurs in the Mac OS X 10.8.x and 10.9 versions, commonly known as ‘Mountain ... Applicable to Bitcoin Core prior to v 0.10, this article is a how-to guide about setting up a full bitcoin node by installing Bitcoin-Qt (now a.k.a. Bitcoin Core) on a Mac using slightly faster approaches broken down as follows: Install Bitcoin-Qt; Download blockchain file via Torrent; Import blockchain file into Bitcoin-Qt I did notice it seemed faster for a while if I safely exited and let Bitcoin Core shut down nicely before starting it up again. – Willtech Jan 30 '18 at 10:40. Hi Willtech, thank you. It turned out that Bitcoin Core does not work very well with network drive. I have mapped the data since with iscsi and this worked fine. Still all the syncing is slow in general by design which is bad, but ... I know this is frequently posted, but I'm incensed at how absurdly slow reindexing becomes. There's got to be something wrong with the sync...

Standalone Bitcoin Offline Wallet Printer This is a demo of a protoype bitcoin paper wallet printer I have built. bitcoin bitcoin value bitcoin exchange rate... Today I show you how to mine the worlds #1 cryptocurrency - Bitcoin. Mining bitcoin is actually incredibly easy. This tutorial will tell you everything there... Men At Work's official music video for 'Down Under'. Click to listen to Men At Work on Spotify: http://smarturl.it/MenAtWorkSpotify?I... As featured on Contr... Onecoin promised the world, but only proved to be a trail of destruction. --- About ColdFusion --- ColdFusion is an Australian based online media company ind... Learn how to make iced coffee while Jody encourages you to slow down and enjoy today.