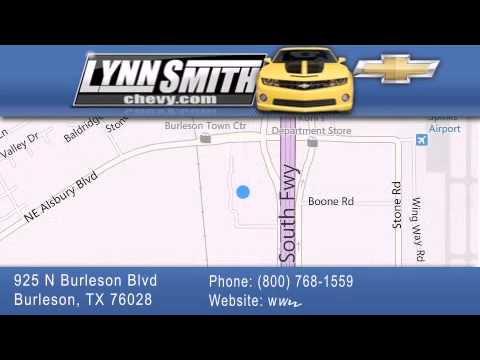 For the Fans, By the Fans: Crowdfunding Efforts in NASCAR

/NASCAR is no stranger to crowdfunding. The Dogecar is an obvious example of this. However, the idea of crowdfunding a NASCAR team isn't a new one. There's been many cases of a driver raking money from fans to fund their operation, and four years before the Dogecar, one team tried to do that, though on a much larger scale. For this edition of NASCAR Storytime, we will be taking a look at that team and other crowdfunding efforts in tbe sport. This is the story of America's Racing Team.
America's Racing Team
Probably the most infamous crowdfunding effort in NASCAR not named the Dogecar happened four years before the #98 entered the 2014 Aaron's 499.
America's Racing Team (ART) was founded in July 2010 by a group known as Team Partners, headed by Micheal Wright, Jeff Gordon's former agent and ART Chief Marketing Officer, and Daniel Webber, whose family has a long history in motorsports like F1 and IndyCar. The team also hired former driver and Team Red Bull Competition Director Elton Sawyer to fill the same role with ART. ART hoped to make its debut at the 2011 Daytona 500 and showed up on the NASCAR scene prepared with a commercial.
ART had a unique concept in comparison to other teams in NASCAR. Instead of being operated by one person, ART would receive funding from fans through "memberships", which ranged from $44.95 for children, $49.95 for teens and $299.95 for adults, while family memberships were worth $499.95. Likewise, businesses can spend $1,999.95 to join the team. Seems like a large margin between teens and adults, doesn't it? Racing may require a large amount of money, but the prices aren't going to be convincing fans to swarm to team headquarters to "buy stakes". Being a team member grants fans the opportunity to vote on various traits of the team, including driver and paint scheme.
"Sometimes the best concepts in business are the most obvious ones, the ones that are so obvious that no one takes the first step to bring them to reality," stated Webber. "Creating a team that they can literally help build and manage, from the ground up to the winner’s circle, will be the ultimate experience not only for the fans but also my family, which has been involved in racing around the world for many years."
At Daytona, with help from the Daytona Beach Police Department and Sweetwater Elementary School, the team unveiled their car, the #76 Chevrolet Camaro. With an American manufacturer, an American number and even their intention to sign only American sponsors, the red, white and blue blood seemed to be running strong in the team's veins. The irony in this is that Webber is English, though that's not really a concern, is it? USF1 hired a Brit (James Rossiter) and Argentine (José María López) to drive for them despite their name. Speaking of USF1 and what happened to them...
ART did not show up for the 2011 Daytona 500. There was no announcement of a shutdown or plans to delay their debut, but instead, they just disappeared without a word.
Other Crowdfunding Efforts
ART isn't the only group to try crowdfunding in NASCAR. In 2012, Morgan Shepherd started an Indiegogo campaign to assist his Nationwide Series team, while Angela Cope raised $3,200 to fund a ride with SR² Motorsports at the NNS race in Charlotte. Two years later, Josh Wise and Phil Parsons Racing had the familiar Dogecar campaign for Talladega. Later in the 2014 season, Alex Bowman and BK Racing attempted to rally the Bitcoin community, including /bitcoin, to fund a car for Atlanta. Unfortunately for the team, the campaign did not raise enough money. In the Truck Series that same year, as I mentioned in my previous NASCAR Storytime about them, FDNY Racing and Ryan Ellis hosted a GoFundMe to raise $20,000 after a crash with Jake Crum at Charlotte. Although it raised only $2,365, Ellis' college fraternity was able to step up and provide the cash needed to get the team back on track. In August, the Facebook group Nascar Memes hosted an effort to raise $10,000 for Norm Benning's team, though it only raised $304. In 2015, French Truck Series driver Michel Disdier launched one to fund a ride for Daytona, but fell short and he did not run the race. This year, in the Whelen Euro Series, Team Germany started an effort of their own, targeting a goal of €25,000. As of this post, they have yet to reach their goals. This sub also probably knows about the effort to raise sponsorship for Jordan Anderson last week and the resulting Truck scheme (featuring /NASCAR!) that he ran at the Loudon event. Likewise, for this week's Dover NXS race, hockey website Russian Machine Never Breaks helped raise $8,840 for Ellis' car. Yes, Harambe had a part.
Is a crowdfunded sports team (in that the entire operation is fan-run) a bad idea? Well, ART is one of those cases of the concept falling apart, but it's being utilized in quite an effective manner in indoor football, where the Salt Lake Screaming Eagles will take the field in 2017. The Screaming Eagles are operated by a project known as FANchise, which, like ART, allows fans to control the team.
While we're not too sure how the Screaming Eagles will turn out in the end, it's safe to say crowdfunding in sports is a risky endeavor, but not one that is guaranteed to end in failure every time. One needs to play their cards correctly and hope for the best.
Related Links

Find the latest Bitcoin USD (BTC-USD) stock quote, history, news and other vital information to help you with your stock trading and investing. Browse cars for sale on Carfind.co.za Browse 1000’s of new cars, demo cars, used cars, bakkies, commercial vehicles and more on one of South Africa’s leading automotive website. The General Motors Company (NYSE: GM ) IPO launched on November 17, 2010. Since then, much has happened with the “new” General Motors . Over the past four years, from November 17, 2010, when ... Just a few days later, and as of this writing, a single Bitcoin equals $17,249.90. Do the quick math and this low mileage 2018 McLaren 720S is being sold for around $431,000. 1920 Chevrolet 490 Flat Face Cowl and Chassis. The first Chevy trucks, offered in 1918, were essentially body-less Chevrolet 490 cars equipped with strong rear springs. The buyer added a wooden ...

Testing a used 2010 Impala with a 3.5L V6 automatic.Great MPG, very reliable and comfortable. Check out my other videos for a 0-60 MPH run. 50+ videos Play all Mix - @inthepixels - Bitcoin Historical Tweets 2009-2010 YouTube BITCOIN Price Movement 2009 to 2017 - Duration: 7:39. Bitcoin Sinhala ICO reviews 35,188 views Subscribe to BBC News www.youtube.com/bbcnews If someone told you you just threw away over $6 million worth of bitcoins, well you wouldn't be too happy. You ... Top 5 Richest Bitcoin Owners Subscribe: http://goo.gl/Q2kKrD // Have a Top 10 idea? Submit it to us here! http://watchmojo.com/my/suggest.php When it comes t... Man bought $27 in bitcoin years ago, forgets about them, finds them and they are worth $900,000.. . Jackpot.. Yes. http://www.ebuybitcoin.net